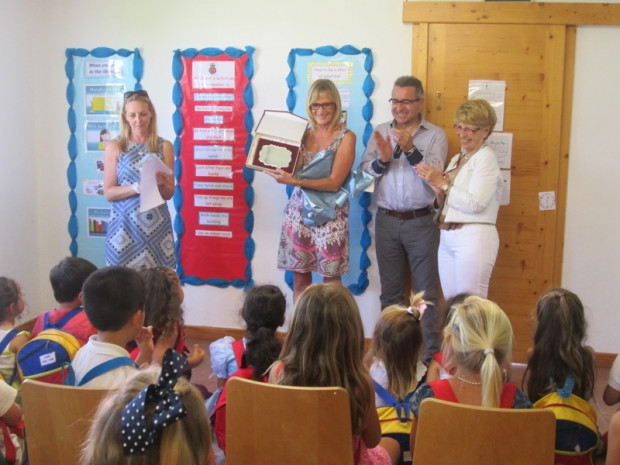 On the last day of term we had a very special assembly. Queen´s School opened in September 2007 and since then has grown to become an excellent infant and primary school successfully completing several NABBS inspections. The most recent NABSS inspection was at the end of May after which the school received confirmation from the British Consulate that full authorization for the school had been granted not only for infant and primary classes that are already up and running but to continue the school for pupils right through to their final year in primary.

The excellent inspection report and full authorization was due to the commitment and dedication of all the staff in the centre. During the short assembly words of appreciation were given to all the staff for their hard work and professionalism, to the owners and management team for their continuing support and devotion to education. In return the owner Elvira Ramos, and the Director Juan Carlos Álvarez wished to make a special mention for the Head of Studies Dianne Hines, presenting her with an appreciation plaque. As a result of the professional dedication of the multidisciplinary team effectively managed and lead by Dianne Hines the Queen´s School project has been fully consolidated. 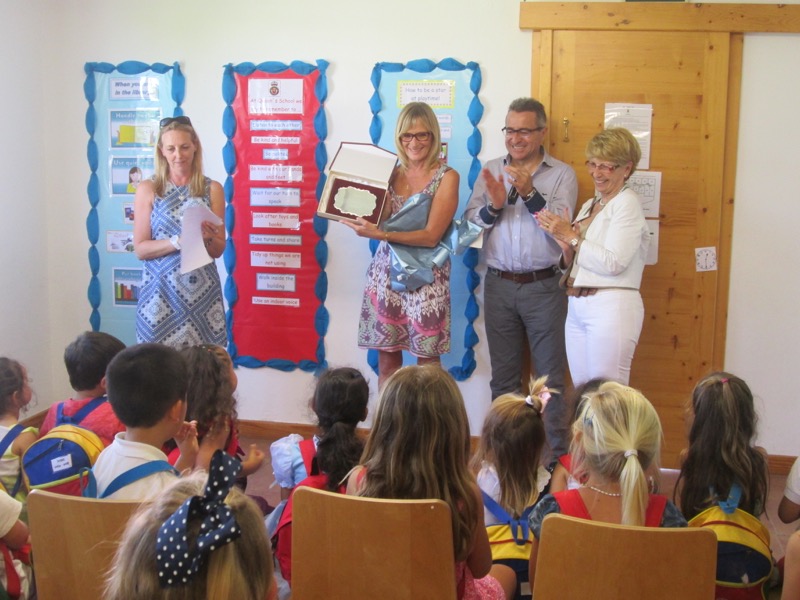